This car was ordered brand new by the owner of P.C. Import Inc. (Porsche Car) Mr. Oliver Schmidt as his personal car. He would later become famous with his Scuderia Tin Can racing team the featured the Porsche-Elva. P.C. Import was located in Northbrook, Illinois and was one of the seven Porsche distributors in the USA in the early 1960’s. Ollie as he was known ordered this 911 in light Ivory with a black vinyl interior. It’s one of earliest delivered 911’s known in the United States.

Craig Lewis from Columbus, Ohio owned #300232 for thirty years. In the early 1980’s he bought the car from a manager of a local automotive service facility. Craig could not remember his name, but vividly recalls the man selling the car because he was about to get married. He sold the car to Craig with the original Solex carburetors in a box. Craig had spent time in his youth working in a local body shop and would do the majority of restoration on the 911 over a twelve year time period. He had the car chemically dipped and replaced the floor pans. Craig frequently drove the 911 and showed it in local car club shows over the years.

Craig eventually sold the car to Road Scholars in 2012 and is now enjoying retirement. He professed that the #300 232 was really a labor of love over the years he owned it. Chassis #300 232 still retains its original motor and transmission. Another distinguishing feature on 300 232 is the flat engine panel that differs in appearance from later cars in 1965. It also features a mostly original interior with seats, dash, door panels, and headliner in wonderful condition. 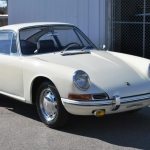 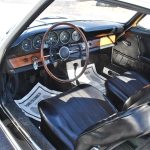 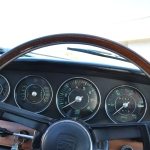 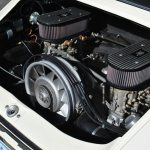 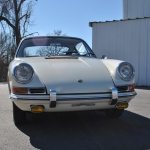 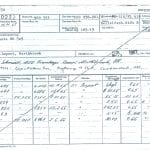