Owning a 64′ 911 is kind of an unreachable dream for many early eleven enthusiasts. But also a reality for a very few number which includes Jerry Seinfeld, Magnus Walker, Jean Todt and some other well known Porsche collectors. The first public presentation of a 901 took place in the Frankfurt Motorshow on Sept 12th, 1963. Production of the 911 began in September of 1964. The first 46 received the 901 designation and the other 186 produced in 1964 were labeled as 911s as a settlement of a Peugeot claim. All bear a specific VIN number *300XXX . But not only the VIN number makes this first production year specific to the 911. Many details also differ if compared to the 65 and 66 models, like window frames, engine bay frame etc..

300136 was delivered new in Switzerland by Amag, painted in Rubinred. An engine change was documented early in its life. The car was kept within the same hands in France since 1982. Its “secret” body number is well matching as is its gearbox (Nr 901 100154) We have been very lucky to digg out a specific 64′ engine (manufactured in April 1964), which by an extraordinary coïncidence is numbered *900136 and which is of course undergoring a bolts and nuts restoration.

We will not save any effort to bring back this piece of history to its former glory . A fully documented restoration file as well as an independant appraisal will be supplied with the car. There are most probably no more than 50 cars of this very first production batch still “living”. A very rare opportunity for a serious Porsche collector to enter the very exclusive community of the 232. 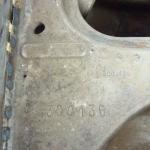 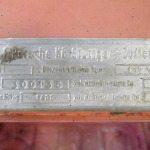 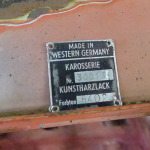 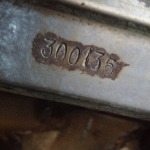 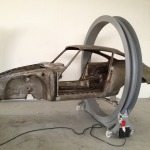 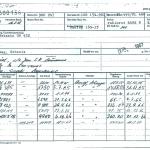