In 1964 Porsche had commissioned Karmann to build a prototype cabriolet for their recently introduced 901 series. That would not be unexpected in as much as there had always been a cabriolet model throughout the 356 series. About this time, however, Porsche was starting to be concerned about the possible forthcoming U.S. safety standards that might virtually ban convertibles from the U.S. market, certainly one of Porsches biggest consumers. A new design was created by Butzi Porsche that was expected to meet the criteria for possible U.S. roll-over standards. The model was named for a race that Porsche had always done well in, the Targa, which coincidently translates to shield in Italian. The targa bar being the shield in the event of a roll over.

Now the history of this prototype gets interesting. The engineers and body designers were needing considerable time to properly develop a strong enough body structure without the roof, a major part of the overall rigidity of the car. There was also the problem of developing a folding top for stowage, and one that wouldn’t balloon out when the car was driven at speed. Porsche wanted to introduce this new car at the 1965 Frankfurt auto show. Since the Frankfurt show is only every odd numbered year, time was running out to have a genuine targa. So this cabriolet prototype was hauled out and given a fake, bolt on, targa bar for the show display. Sometime afterwards it was removed. Not much detail is known about the car’s history after that. It was probably used by the factory for some additional testing, but it was eventually sold to a factory employee and used by him for some period of time, and then around 1971 was sold to a German collector who kept it until 2004 when the current owner found and acquired it. It has 35,000 km. on the speedometer, so the car was really driven quite a bit. 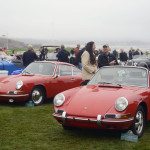 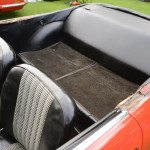 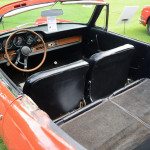 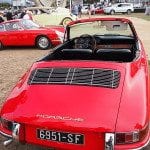 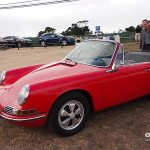 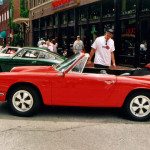 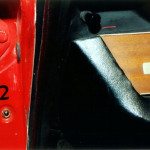 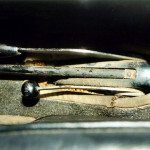 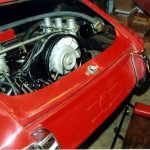 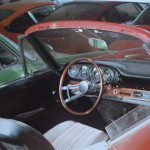